Chunky Monkey had his checkup yesterday. He's at 15lb, 5oz, putting him solidly in the 95th percentile for weight.

Clearly he is very happy about his achievement.

Gilly in the City

We had a fun time in Massachusetts this weekend. While Lyn and Simon were at a baby shower on Saturday, Gilly and I went to the beach on Cape Cod with Aunt Judy. Unfortunately I don't have any pictures from the beach, since I was spending most of my time keeping Gilly from drowning. It's hard to hold a nearly-two-year old up out of the water with one hand and snap pictures with the other. She LOVED the water, and had lots of fun "swimmin." I now have a better appreciation for how fast she can move. She could dash from the beach towel to the edge of the water almost before I could get to my feet. She has no fear, no sense of water depth, and no swimming ability. Danger is her middle name.

On Sunday Lyn and Simon hung out with Aunt Judy while Gilly and I went to the New England Aquarium in Boston. I did manage to get some pictures there, but they aren't spectacular. It was pretty dark inside, and again, managing a high-energy Gilly and taking pictures without her getting into mischief was a challenge. Her favorite was the penguin exhibit, where we spent most of our time, but she also enjoyed the giant ocean tank and spotted the seaturtles ("turtles"), sharks, and rays ("flyin'").

After the aquarium we went to Boston Common and the Public Garden where we went on a Swan Boat ride. It was very hot and humid, and Gilly was tired, so this wasn't a big hit. Gilly quacked at some ducks, but soon said "all done, get down." It was hard to convince her that jumping out of the boat was a bad idea.

We met some friends for lunch in the park after our boat ride, then rode the green line on the T (Gilly: "train, noisy") back to our car. It was a fun weekend, and I think she'll sleep well tonight. 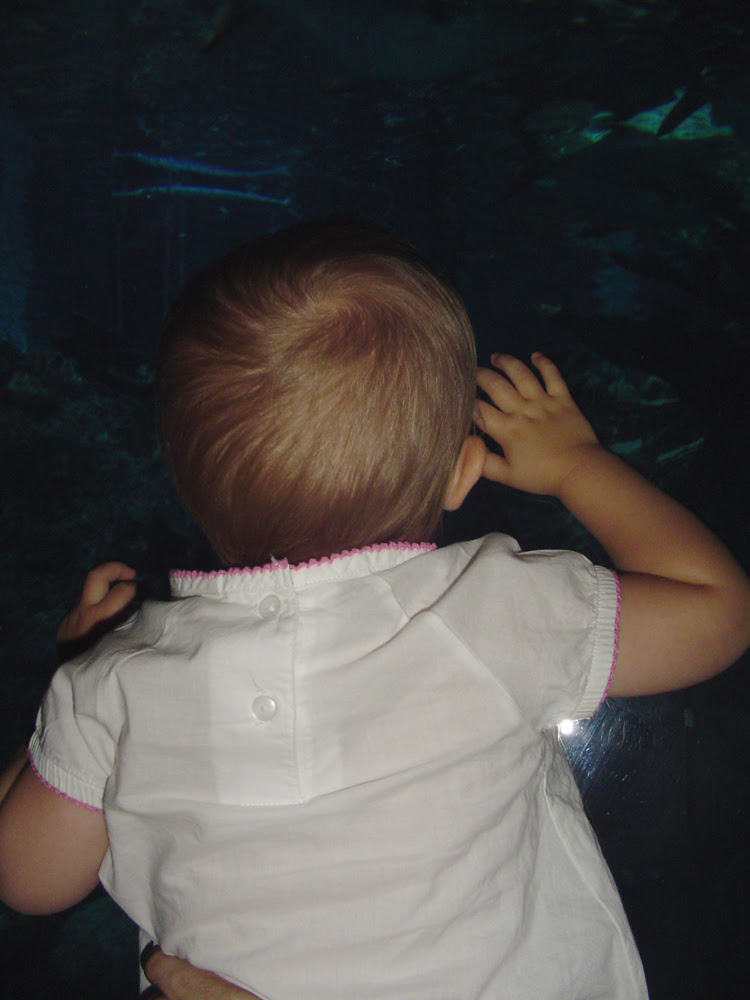 Her favorite, the penguins: 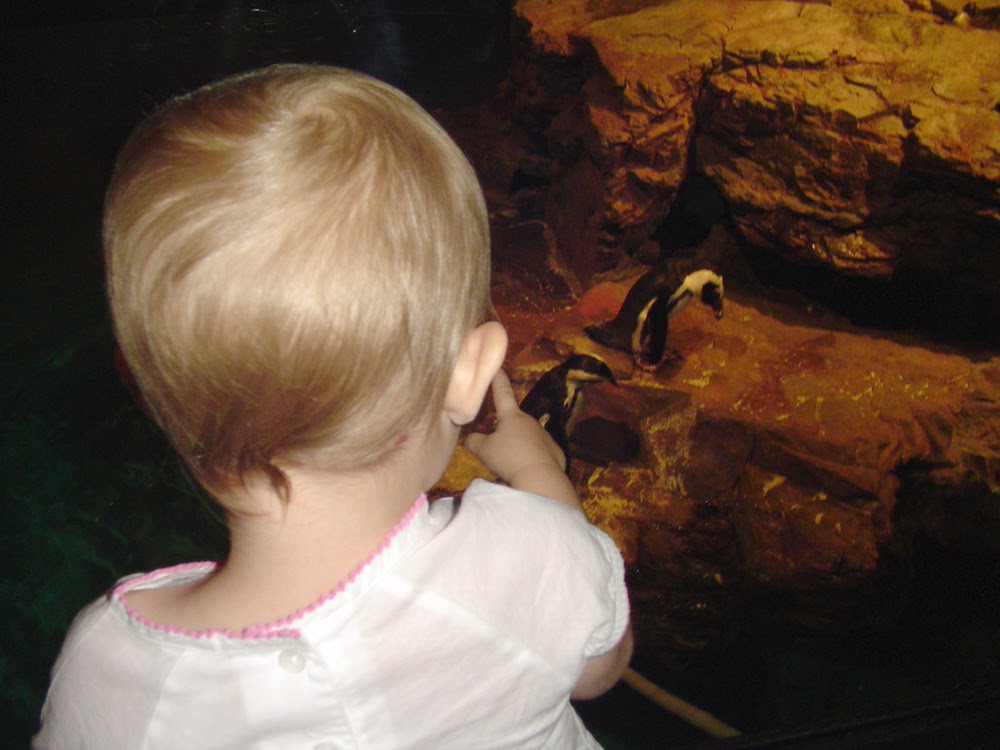 Playing in the children's area: 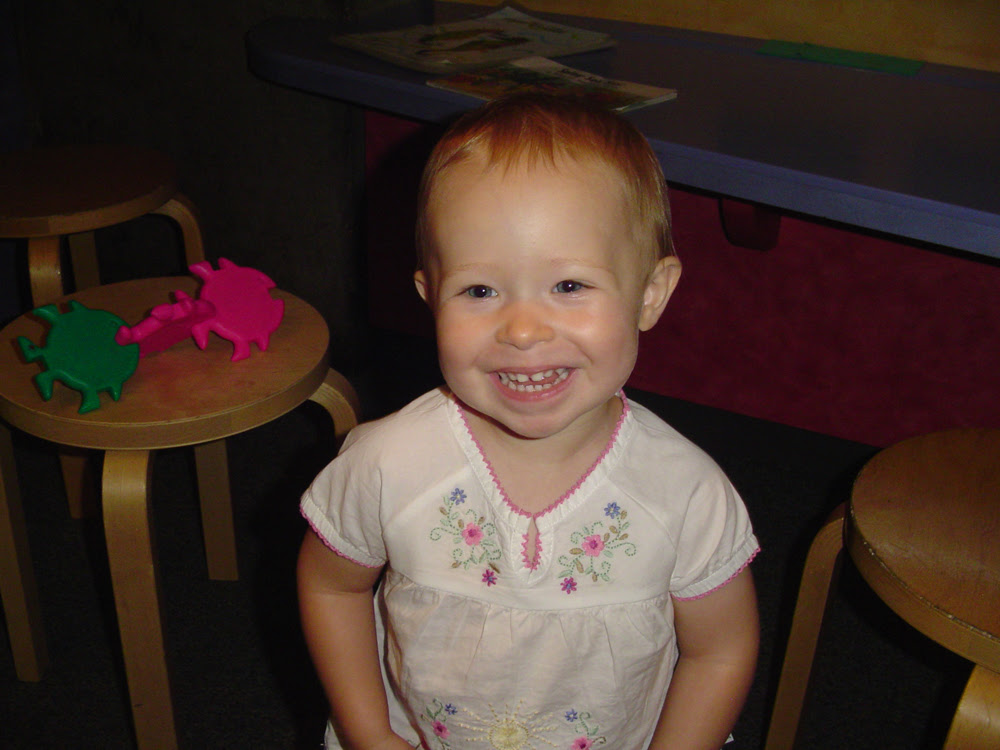 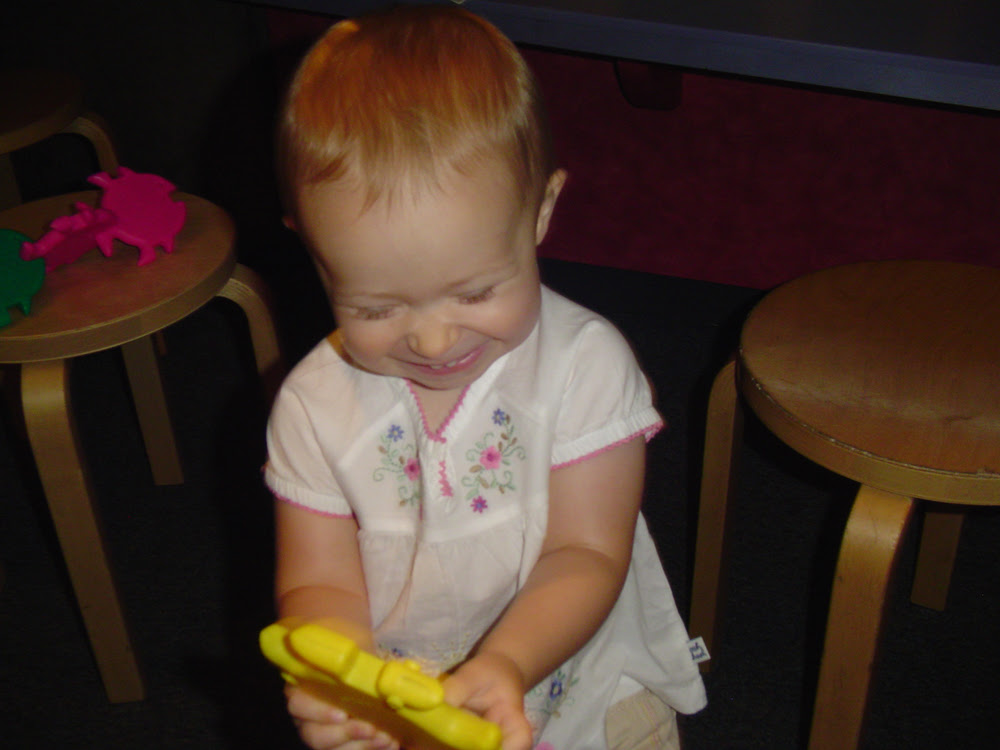 Face-to-face with a seaturtle (for some reason, she thought the turtle was hilarious . . . she laughed every time it swam by): 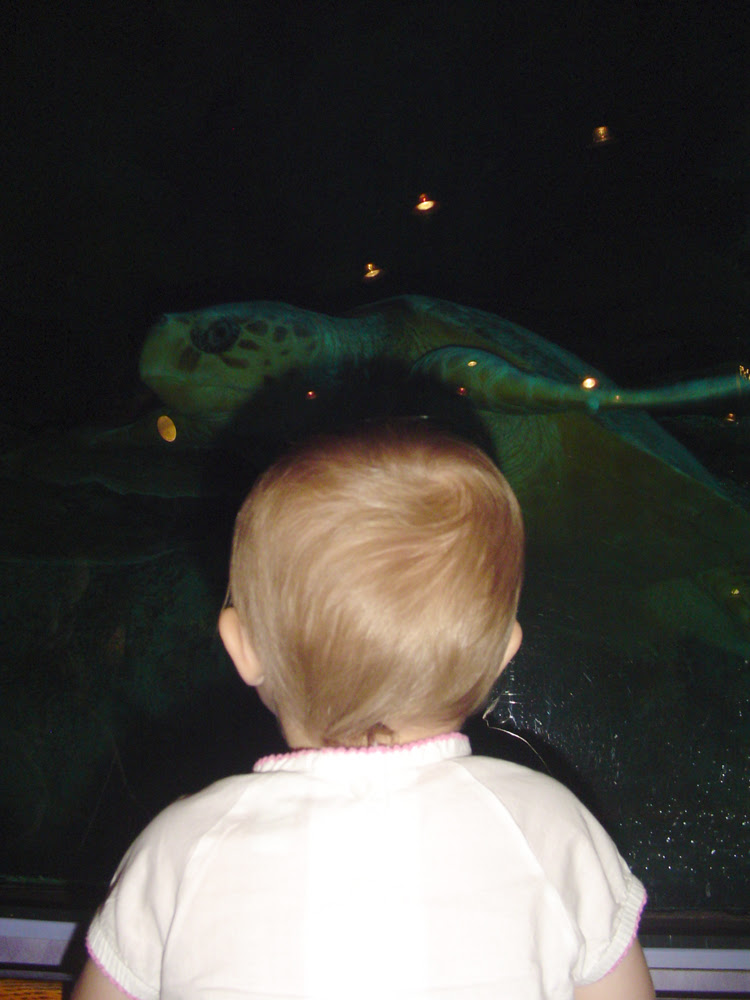 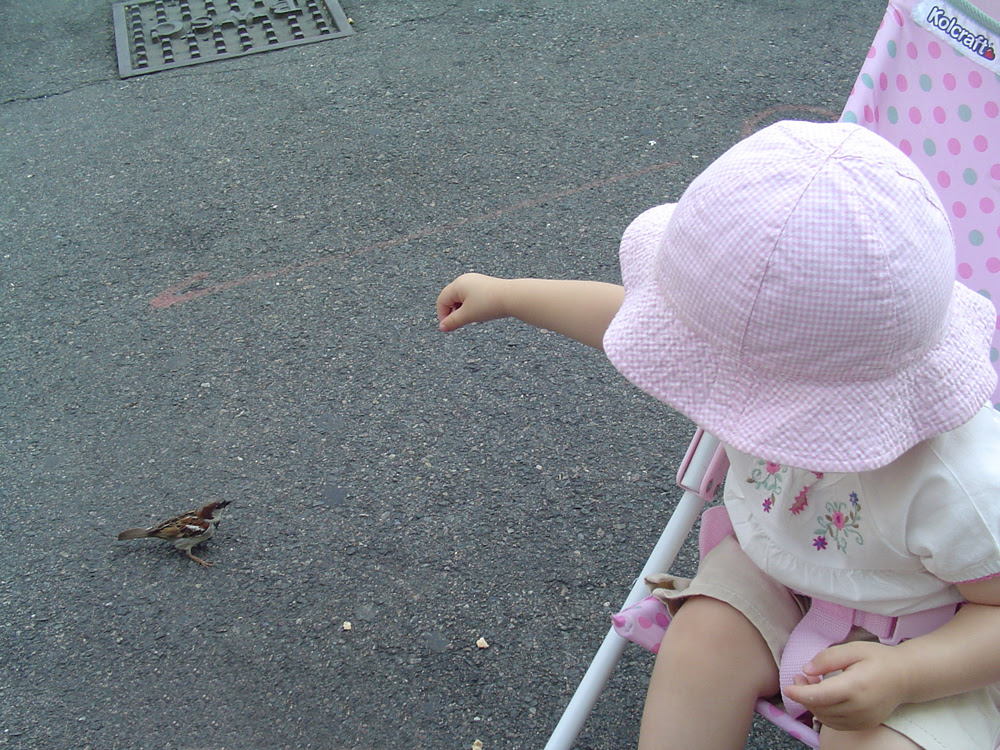 Admiring some of the flowers at the Public Garden: 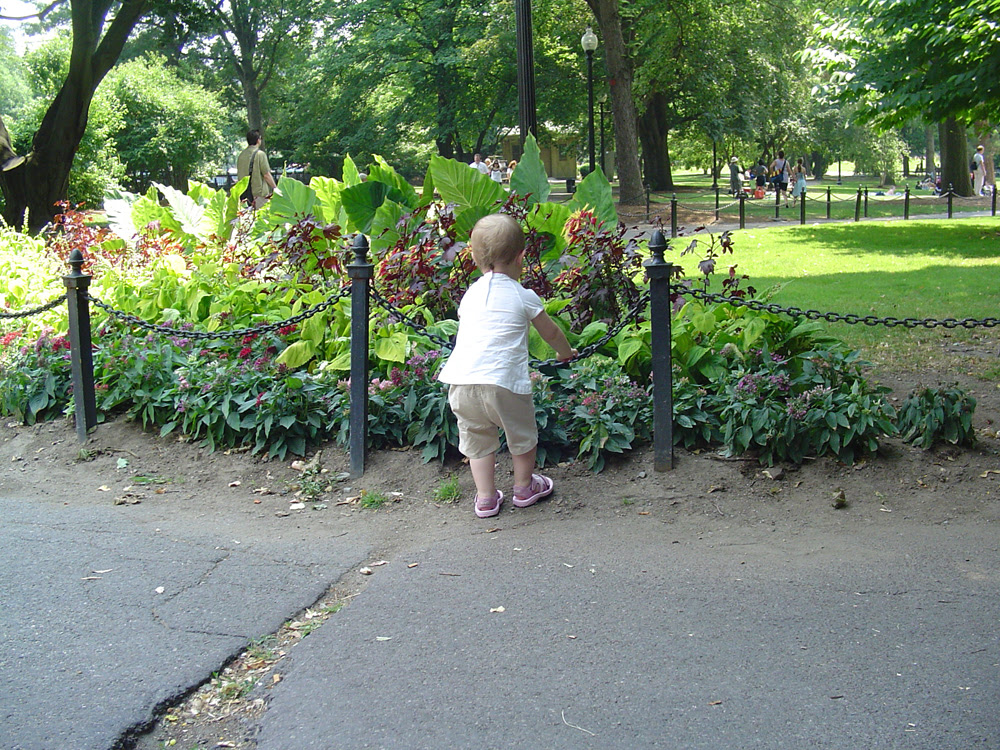 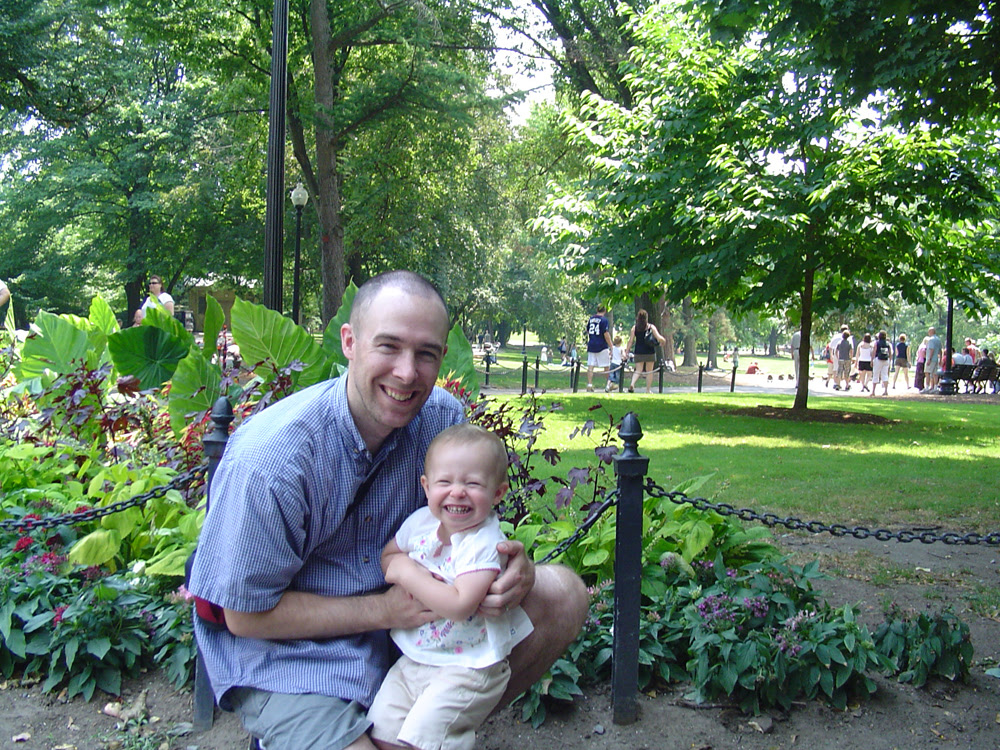 We finished moving last weekend, and our DSL service hasn't been activated yet, hence the lack of posts on the blog (I'm posting from work right now).

We didn't move far, just a different unit at the graduate student housing complex. Dartmouth is tearing down our old unit to make way for a new, pricier, unit.

We have an additional bedroom in the new place, and a more open living area. Gilly seems to like the space, running around like the Tazmanian Devil. She also likes the huge playground out front, with lots of toys strewn about, swings, slides, etc. There are lots of kids in our new "neighborhood," and Gilly already has a new friend.

Simon is doing well, still gaining a steady pound per week (14.5 pounds a few days ago). He's started smiling, and even giggling a little. I'll post pictures as soon as we can get back online.
Posted by Adam at 9:08 AM No comments: