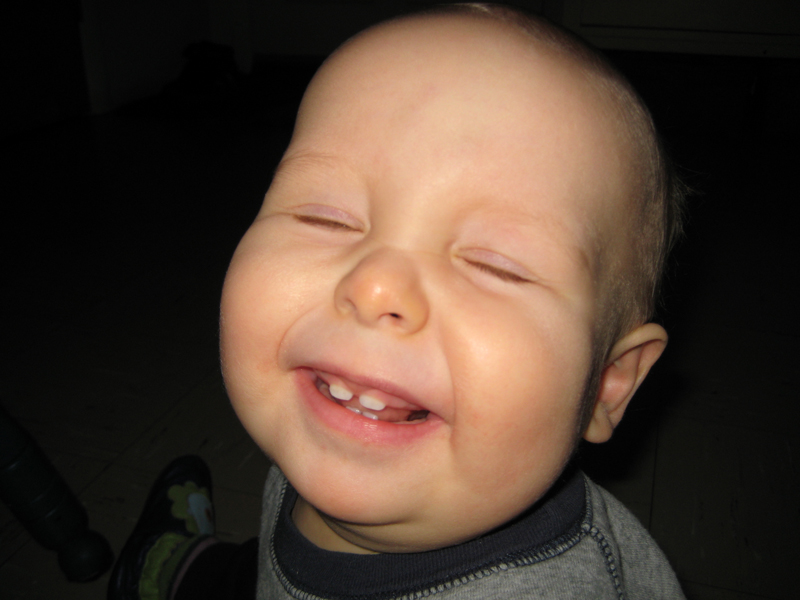 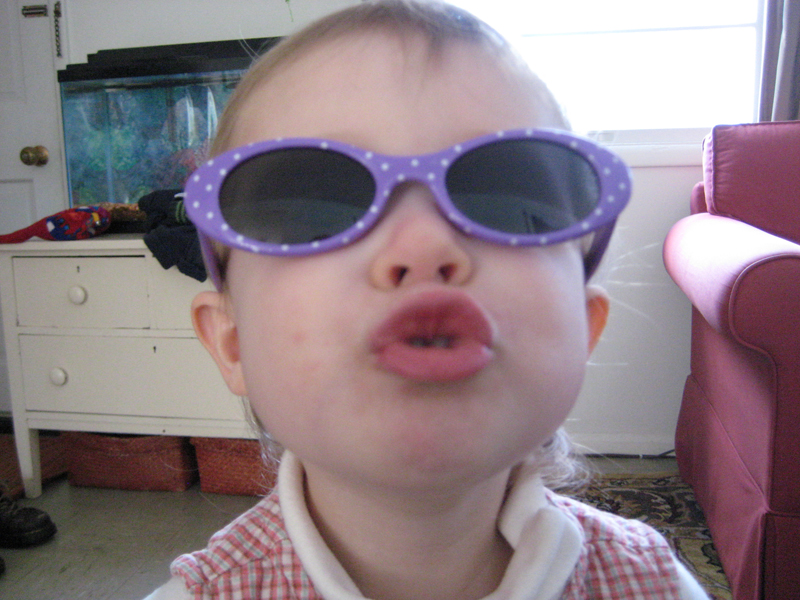 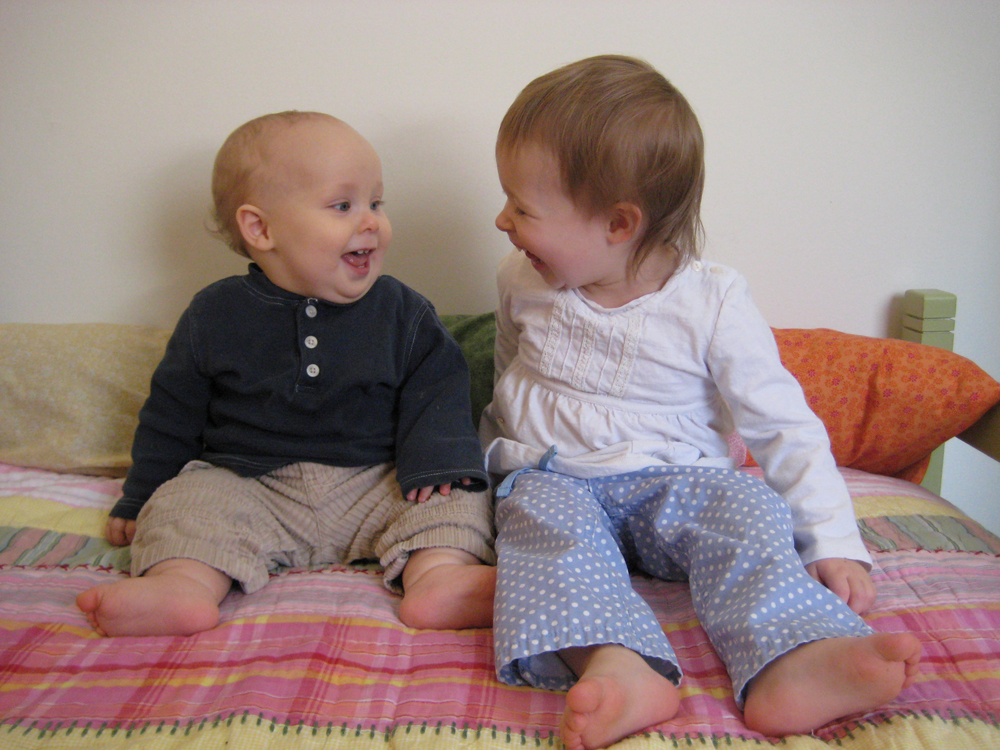 This is the annual recruiting weekend for the Molecular and Cellular Biology program at Dartmouth, when some of the applicants are invited to the campus for interviews. Tonight was the last night of recruiting weekend, and they always have a big party for the recruits at the Dartmouth Outing Club.

I decided to bring Gilly to the party for a little while, since some of my classmates haven't seen her in a long time. She was pretty shy, and had her face buried in my shoulder nearly the entire time we were there, though she did come up for air long enough to eat a cookie.

When we were leaving, I set her down so I could put my coat on, and all of a sudden she became very animated. She was really excited, gesturing enthusiastically at one of the bucks mounted on the wall (for you flatlanders, that's an antlered deer head mounted on the wall . . . somebody's hunting trophy). The music was just loud enough that I couldn't hear her, so I leaned down and asked her what she was saying. With a big smile she said: 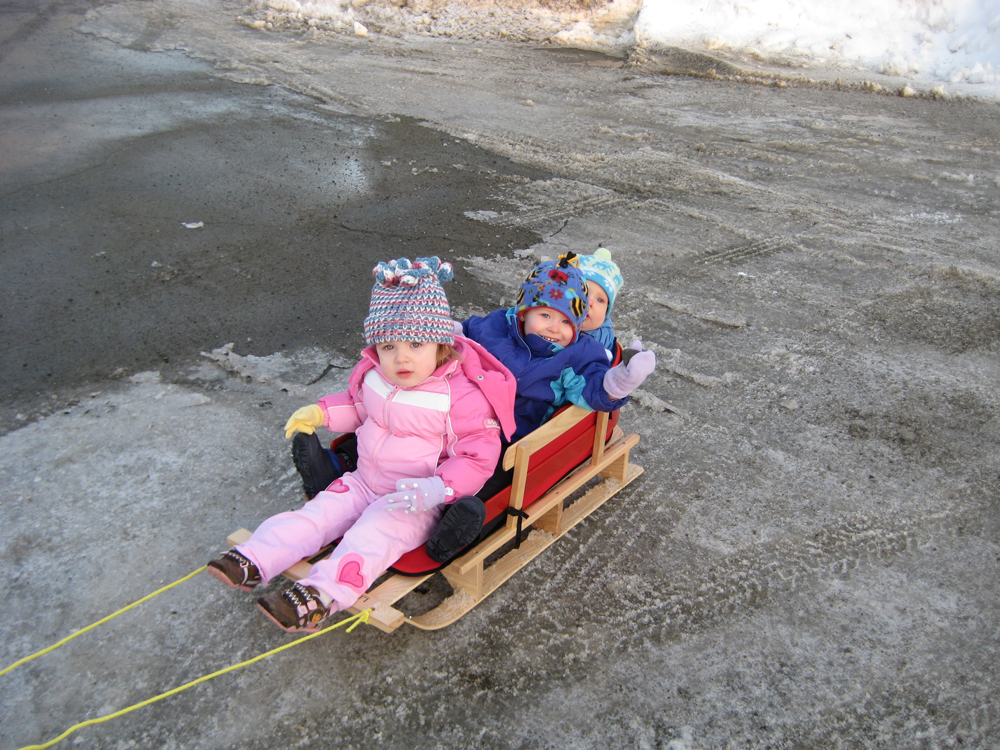 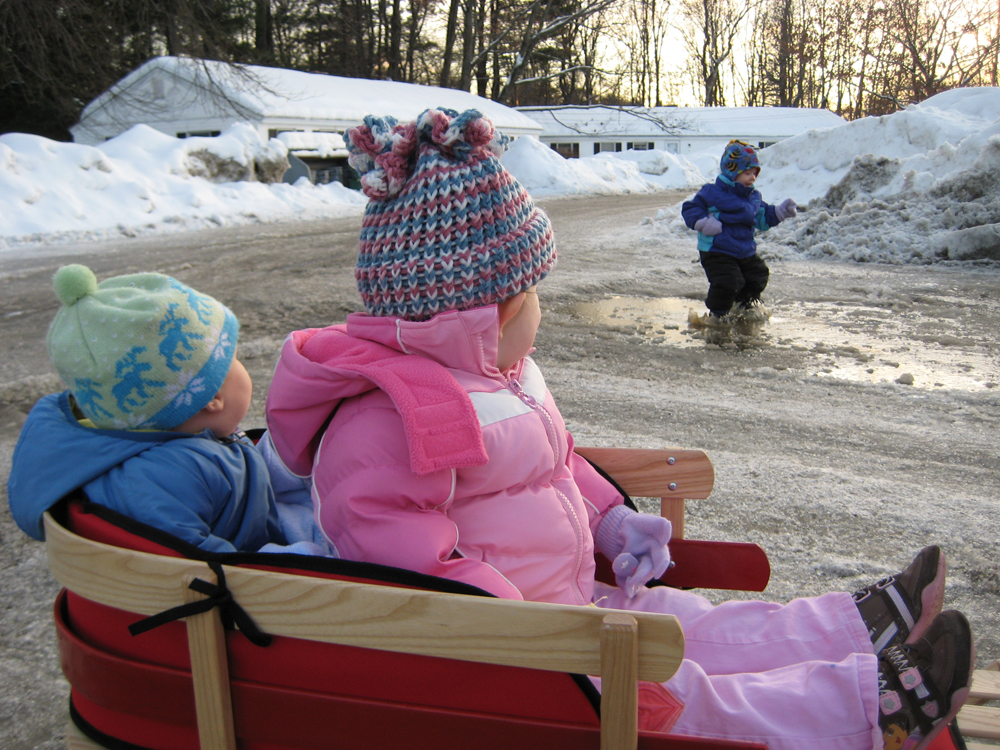 Everyone looking cute on the couch: 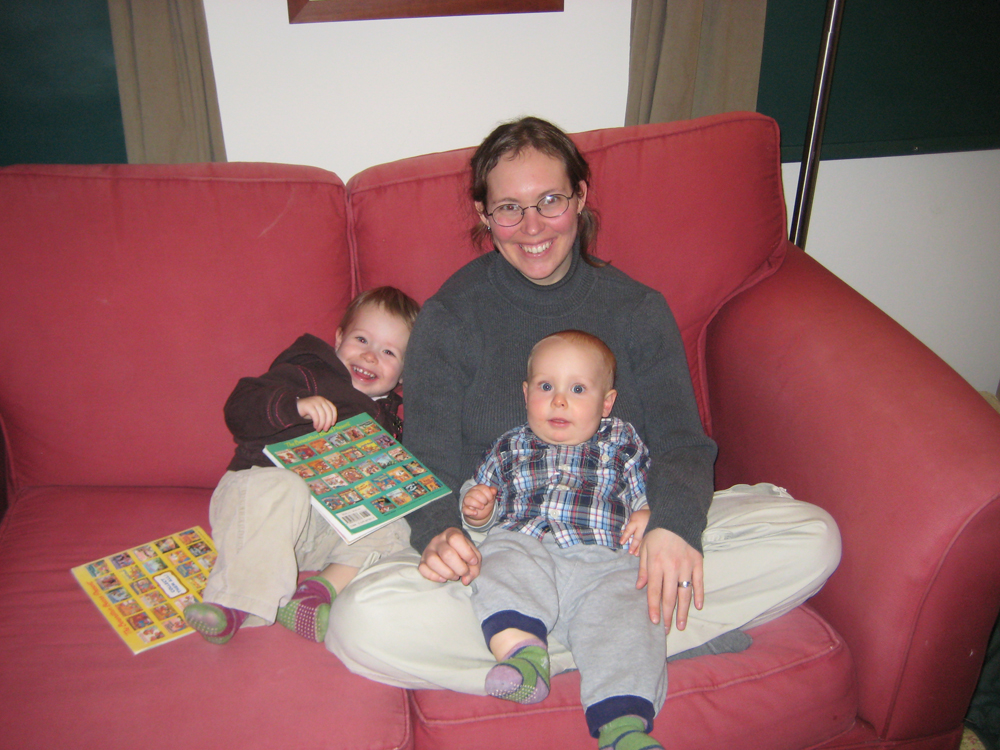 and Simon striking a pose in the latest evening wear: 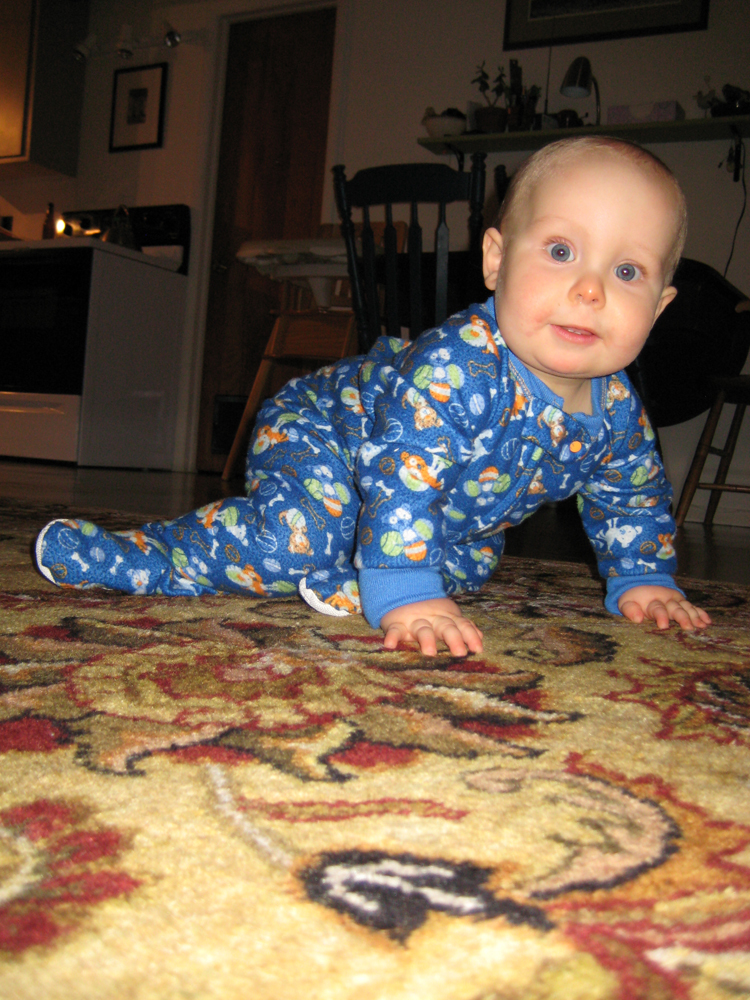 "Yes, I love puréed spinach. Why do you ask?" 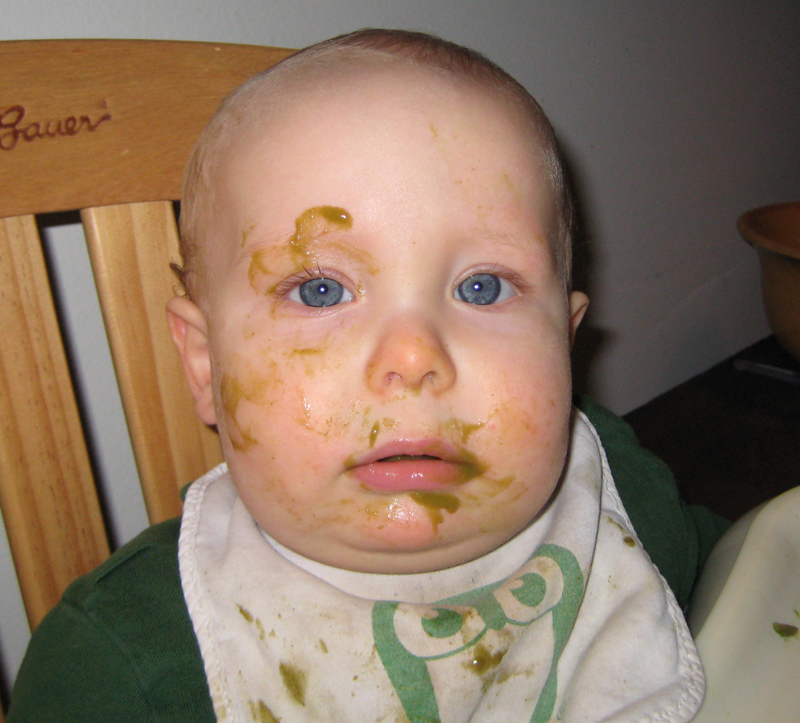 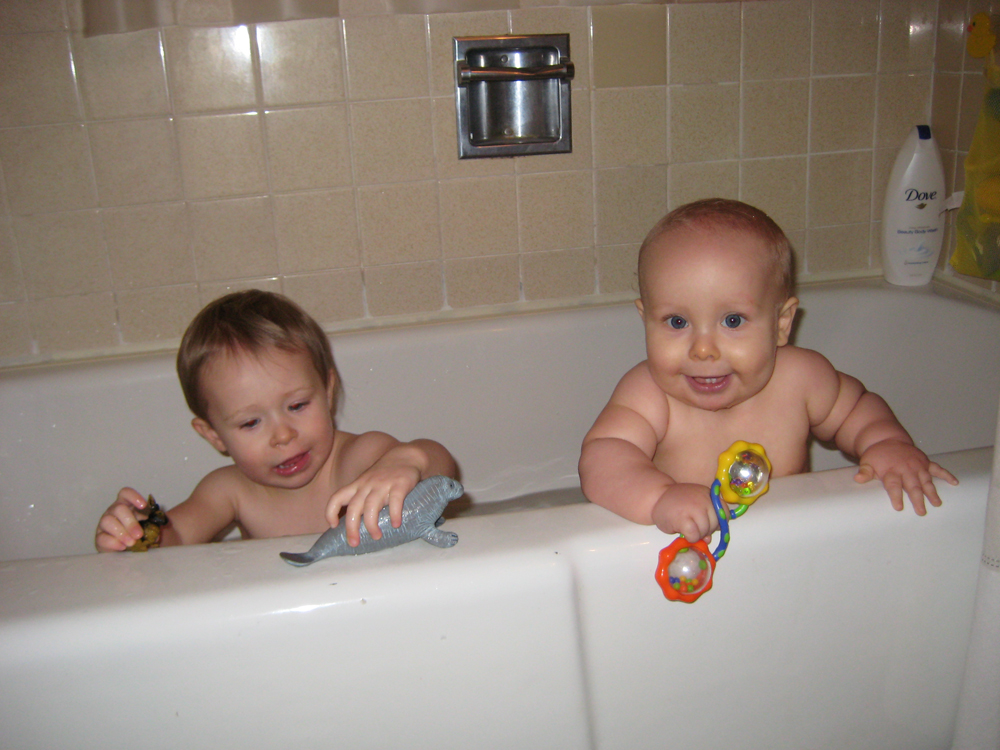 Today, Gilly was pestering me to let her watch a video clip on the computer. Since she had already seen it and I was trying to write an email, I said no. She persisted, with a sense of wit that must come from her New England roots:

Gilly: "How about you [meaning Gilly] watch it again?"